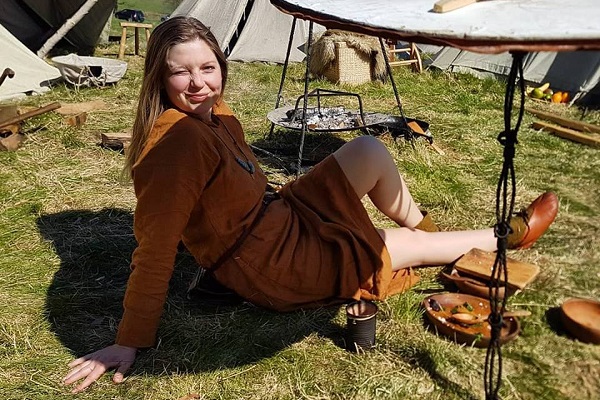 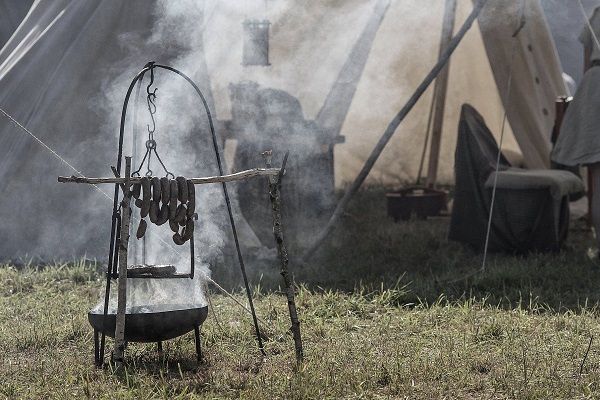 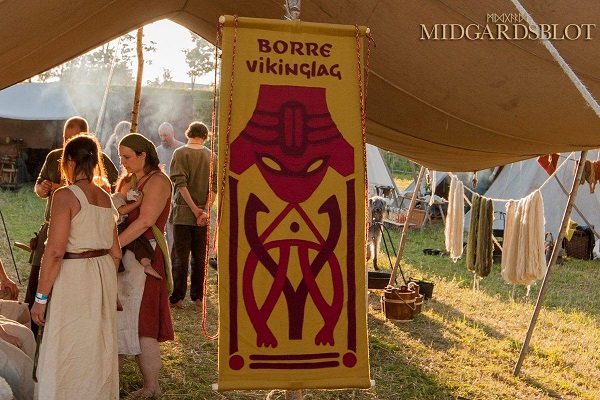 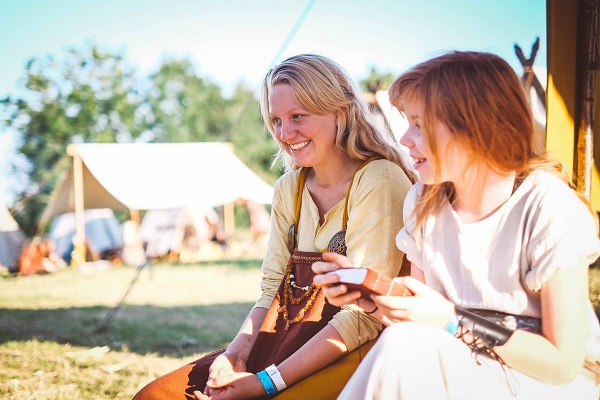 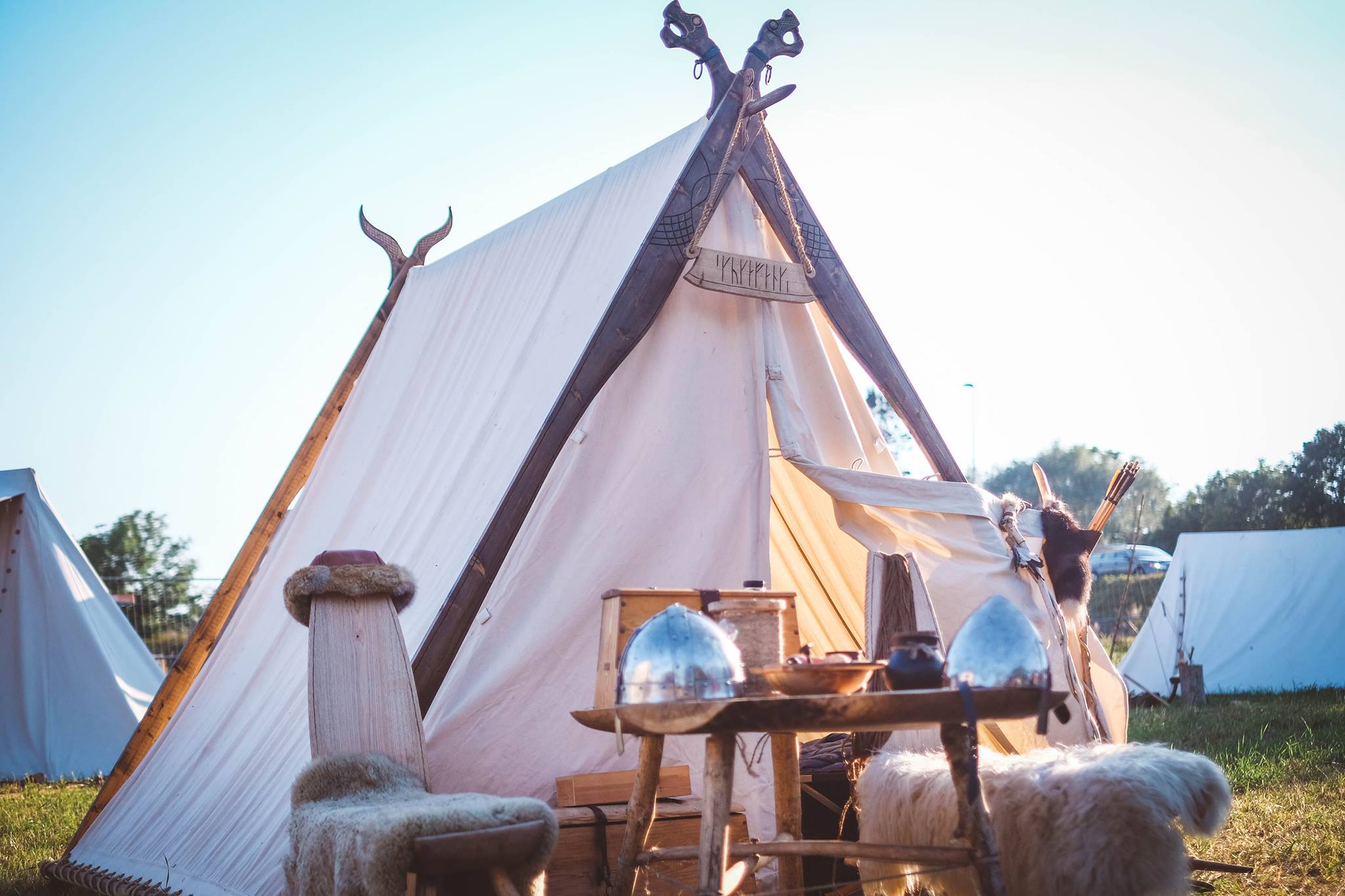 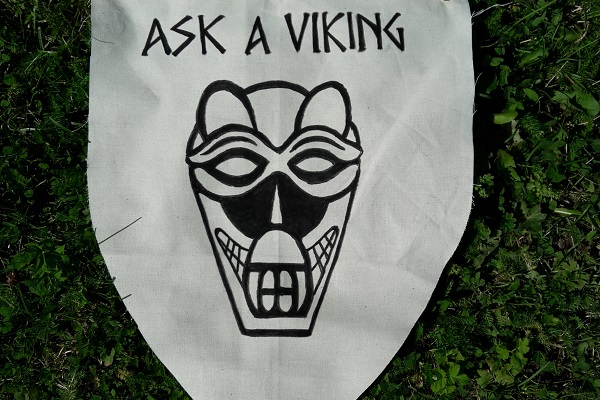 The new Viking village is called Fólkvangr, and is located in the field by Gildehallen. (What was earlier known as the Viking Village is now Kaupangr, and it's the place to get all your metal merchandise, as well as souvenirs, and, of course, unforgettable concerts!)

Fólkvangr was the goddess Freyja's domain, where half of those that died in combat went upon death, while the other half went to Odin in Valhalla. Freyja got first pick, and favoured the more honourable and less bloodthirsty warriors. In Midgardsblot's Fólkvangr you’ll experience the atmosphere of the Viking age, meet up with our Vikings and learn about trade. No Viking village without merchants so here you’ll also find handcrafted Viking souvenirs, clothing and jewelry.

The Vikings of Borre Vikinglag will bring you 1200 years back in time and you'll get a taste of how life was in the Park of Borre when our forefathers lived here. Here you will experience daily life and crafts, forging of tools and how the vikings used them, wooden handicrafts and naalebinding. There will also be plant dyeing of yarn and cooking of historical food.

Borre Vikinglag is a living history society that promotes Viking era history, and handcrafts from the Viking period in northern Scandinavia. Borre Viking group are one of the oldest Viking societies in Norway and every second year they arrange the second biggest Viking market in Scandinavia, Borre Kaupangen, which takes place at Prestegårdstranda in Borre.

Lekegoden and the Troll invite you to fight and play as true vikings. Games and sports was an integrated part of the life of the Vikings and it is the cause of their physique and mastery over the body. Try your skills in strength games, rope games, agility games, throwing games, skin/leather games and wrestling. We hand out medals in form of bruises!

Every day Lekegoden and the troll will do a tournament at the Playground by the Midgards Museum, check our seminar program for times.

Eldrim of Borre makes music the way it could have sounded in the Viking age and they make all their own instruments. Rooted around the Borre grave mounds they’re inspired by the darker side of life in the Viking age but also plays medieval- and traditional folk songs with a lighter and more upbeat feeling. Eldrim will be the first band ever to play our new Viking Village Folkvangr where they'll also have their 'Eldrim-jam-camp' with their instruments on display and where other musicians/artists are welcome to join the jam!

What was earlier known as the Viking Village is now Kaupangr, our new market place with our new outdoor Kaupangr stage.

Its the place to get all your metal and festival merchandise, get your hair braided or get your face painted as well as , Viking souvenirs, and, of course, unforgettable concerts! Between concerts you can hang out in the Kaupangr Beer tent or go shopping from all the different stalls – there is something for everyone in Kaupangr!

Having a bad hairday? No problem! You can have your hair braided for a small fee in our Kaupangr Bar area.

Having a bad hairday? No problem! You can have your hair braided for a small fee in our Kaupangr Bar area.

In Kaupangr you will also get to try out our Odins Throne, made by the Guvihaug Vikings! The Vikings of Guvihaug are Midgardsblot proud craftsmen and has made our Odins Throne and many of the installations at the festival area. They are a crazy bunch of stunt people too and they come from Telemark where they have an annual stunt camp for kids every year.